Today I’m going to talk about DNA barcoding technology in conservation biology, about which I wrote a term paper in the class led by Dr. Josh Drew at Columbia University.

Introduction – What is DNA barcoding?

Genetic tools are becoming more and more available to anyone who wishes to use, which has dramatically changed landscapes of any biological field.

DNA barcodes – which are short gene sequences read from a specified part of genome and utilized to identify species – are emerging tool in ecology, evolutionary and conservation biology (Kress et al. 2015).

Briefly, what “DNA barcoding” does is to tag animals with its original short-DNA identification (DNA barcode), to identify them from others really easily and at a low cost. Thanks to the ease and prevalence of DNA sequencing technology such as Polymerase Chain Reaction (PCR), DNA barcoding has become rapidly popular in field-based biological field.

(DNA barcoding – DNA ID of animals (of course including humans!))

How could we use them, actually?

How much progress have we made? As for animals, the most famous example of DNA barcoding is a short DNA sequence of (only!) 600 base pair in the mitochondrial gene encoding cytochrome c oxidase subunit 1 (CO1). CO1 has been widely used for identification of animals across taxa, including birds, mammals and insects. The CO1 sequence enables discrimination for more than 98% of animal species.  Most studies of identification of animals using CO1 has been generally successful, with error rates of less than 5% (Waugh 2007), which I think is super precise! Woo-Hoo!

CO1, however, is sometimes unable to be used for other species. Identification of plant species is among those unfortunate example. Botanists have spent a large amount of time serching for a DNA sequence out of the mtDNA which could be used as a replacement of the CO1 barcode. The nuclear internal transcribed spacer region and the chloroplast intergenic spacer (FUCKING LONG NAME) trnH-psbA have been discussed for that use. The problem of the use of chloroplast is its low rate of evolution; we could focus on rapid-evolving parts of chloroplast genome.

Given the limited information of DNA barcodes in plants, multiple DNA barcodes are encourage to be used for precise identification of plant species. The first use of multiple regions was a combination of three chloroplast genes (rpoC1, rpoB and matK), and then a combination of two chroloplast genes (rpoC1 and matK) seconded (Chase et al 2005). So far, however, none of proposed combinations can solely satisfy all of the barcoding marker criteria. Combined with classic knowledge about a sample’s geographic origin and number of collocated members of the genus, the species identification of plants by DNA barcoding would be more reliable.

Thus, DNA barcodes are not the same across taxa, and more DNA barcoding variation will lead to much more accuracy of identification. The incompleteness of DNA barcoding data has been (or at least tried to be) addressed by many studies; given that no single DNA barcodes is applicable to all organisms, we should correct as much genetic information as possible to construct the comprehensive DNA barcoding library. One successful way to building library is to utilize museum specimen. DNA sequencing by utilizing the tissue from numerous specimens of diverse taxa allows us to construct the comprehensive DNA barcode library, which then tells us taxa-specific barcodes to identify species. Why DNA barcoding? From the perspective of conservation biology

The biggest con is that DNA barcoding greatly helps assessing conservation hotspot, by measuring biological diversity in the focal area in an efficient and economical way. In conservation biology, knowing how much species and what kind of species are there is of primary importance. Assessing biodiversity using DNA barcodes provides advantages in ecosystems that are species-rich, difficult to assess and poorly catalogued. A recent assessment predicts that some 86% of the species on Earth, and 91% in the ocean, still await description. Since most of the Earth’s biodiversity is concentrated in developing countries, where resources for such assessments are inadequate, DNA barcodes could facilitate biodiversity assessments and lower the cost and time requirements of traditional taxonomic biodiversity research (Gaston and O’Neill 2004). Because of its simplicity and effectivity, DNA barcoding technology allows us to investigate large sample size in a relatively shot period of time. Second, for conservation biology, understanding of the focal ecosystem is of critical importance because the interaction among endangered species and other biotic organisms are complex and the result of conservation implementation is often unpredictable (e.g. how could the removal of invasive species affect the ecosystem as a whole?). DNA barcoding analysis, especially large-scale barcoding studies that elucidate the interaction between animals in the focal study area, could give us clearer picture about how species there creates a complex trophic network. For instance, at La Selva Biological Station in Costa Rica, interaction between plants and herbivores were examined by integrating field observations and DNA barcoding (García-Robledo, et al. 2013). At the Garrapilas Mediterranean lowland forest in Spain, the complex dispersal of seed by birds was determined by DNA barcoding. Those identifications of species’ interaction allow us to understand the complicated and often difficult-to-visualize relationship between animals, which is necessary to conservation activities.

Even after sufficiently accurate sequencing is conducted, analytical problems still remain there. One of such difficulties is concerning definition of thresholds for species delimitation. Since DNA barcoding do not define species based on “biological species definition” (i.e. different species cannot have a children between them), the minimum threshold of sequence difference between species to detect possible overlooked species. This is rather philosophical issue about definition of species, and what we know thus far is no single classification technique can be applied universally for species identification. In order to address this problem, two approaches could be thought of. First, when one DNA barcode does not give us enough information to tell difference between two putative species, we should incorporate two or more genetic regions. Secondly, a consensus among researchers on threshold to determine species should be reached. If minimum thresholds are different among researchers/studies, estimated diversity could differ greatly even using same sample, which would lead to unreliable assessment of conservation hotspot. 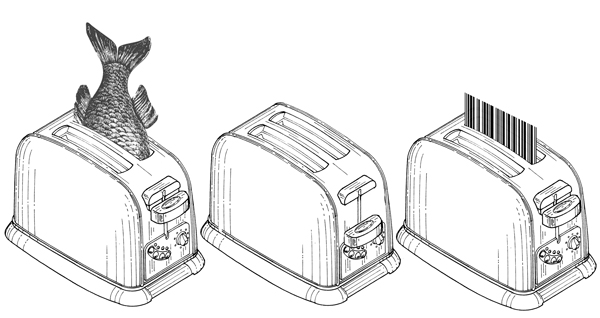 Main References (note – this is not a conclusive academic literature, so references are not necessarily complete. Yet, I’d be happy to provide additional references for your interest upon request!)

Pecnikar and Buzan. 20 years since the introduction of DNA barcoding: from theory to application. (2014) J Appl Fenetics 55:43-52

Specimens in a museum: http://www.pugetsound.edu/academics/academic-resources/slater-museum/about-the-museum/uses/